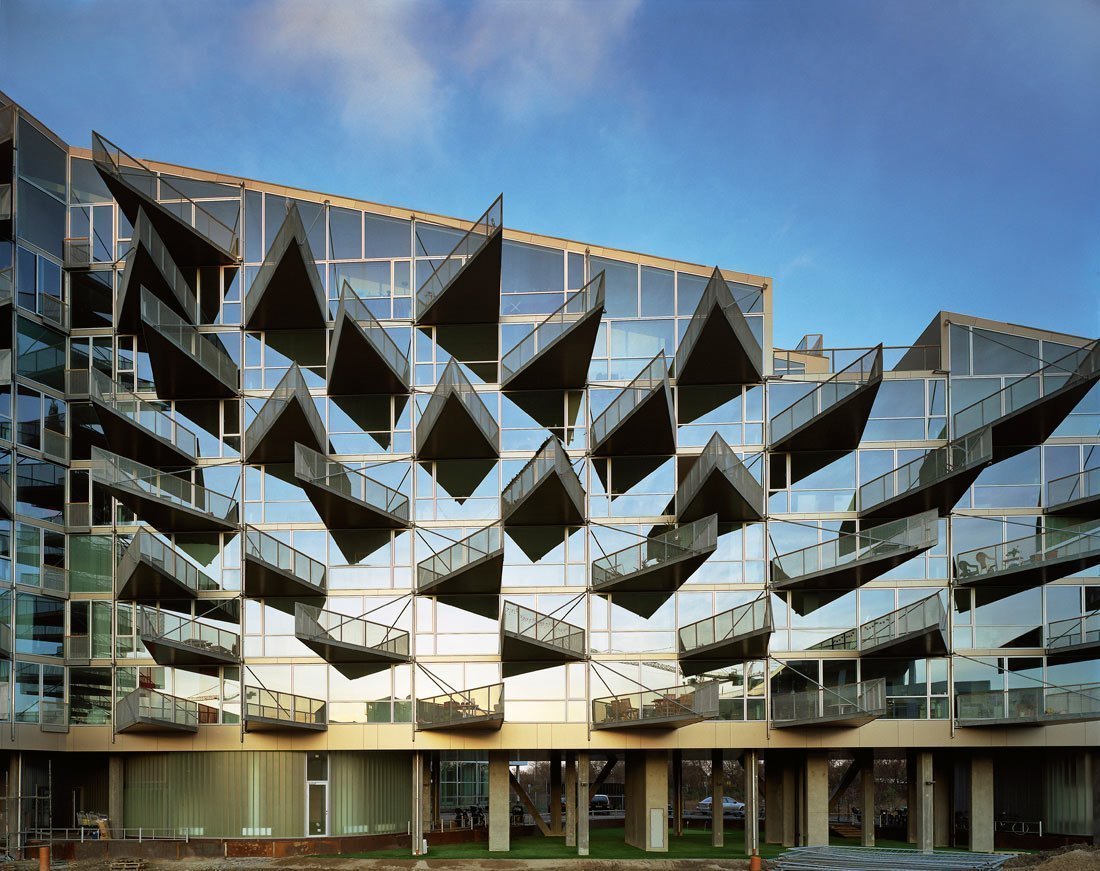 Concrete is one of the main components of modern architecture. Use of bricks as well as modern glass facade that includes curtain wall, frameless, and spider are also considerable. Aluminum or composite, natural stones, wood, and modern HPL are among the other materials typically used in the design of modern facades.

We have talked about the general category of views. Still, the purpose of this article is to dive into the details about what we see on the streets and in the city, regardless of the category in which they are placed.

Certain principles must be considered in the construction of the facade and all the crucial factors that must be put together.

One of the most important things in determining the best facade for a building is its speed of execution since increasing the rate of installing the facade will save time and money. For example, composite facades are an excellent option for people who want to show their building quickly and at the lowest cost.
In the city, office and government buildings have a composite facade.

The best facade for a building is a facade that has minimum weight. Using these facades will increase the security of the building. For example, if the building facade’s weight is high during an earthquake, the probability of falling rocks will be multiplied. But when the facade is lightweight, it will still be resistant despite many shocks.

One of the criteria for the best facade for a building is its earthquake resistance. For example, facade stones can be installed with screws and dowels. This prevents the rocks from being removed from the façade in the event of an earthquake.

Facade retrofitting is different from building retrofitting, and these two should not be confused with each other.

When you insulate the facade of a building with heat and temperature, it causes energy not to leave the house in hot and cold seasons of the year, and in the long run, it will save energy consumption.

Fire resistance was considered the most vital feature to introduce the best facade for the building. Today, the use of fireproof facades in residential and office towers is necessary, and without it, the permit will not be issued. When the facade is fireproof, the fire will not penetrate the building and increase residents’ safety in case of any fire.

It is made by a three-layer panel consisting of two pre-painted aluminum sheets with a polyethylene core. Essential features of these aluminum panels that differentiate them from the rest of the facade are:

As we mentioned, Aluminum composite panels are a good option for people who want to show their building quickly and at the lowest cost.

The facade of the composite building is designed based on the use of aluminum composite sheets, which will be the final covering of the building’s exterior surface. The advantages of composite facade include lightweight, high colour variety, washability, heat resistance, moisture, and sound.

If this beautiful facade’s surface is cloudy and dirty, the composite facade can be cleaned and made shiny like the first day. Most modern buildings are currently decorated with Aluminum composite sheets.

The brick facade is one of the facades that has been used from the past to the present. Brick facade designs were diverse because the type of bricks has a vast world. It provides many options for designers and architects to build and design facades.

The price of the material for its implementation is lower compared to other facades. This facade’s execution speed is high, and it can be applied to the building’s external surface in the shortest possible time.

The cement facade has the necessary fire resistance and prevents it from spreading in case of fire.
In the construction of the building’s cement facade, white cement or coloured cement is used, and it is elementary to wash the cement facade.

So, in general, the cement facade:

The stone facade is one of the luxury facades that will last for many years against various wind, rain, snow, sunlight, and dust.

Classic facade stone is selected from marble, travertine, and granite, each of which has its unique characteristics. The price of the facade stone is higher compared to other materials used for the facade. If necessary, the stone facades can be repaired, and it can be washed from time to time.

Advantages of the stone facades:

The Facade of the Glass Buildings

The building’s glass facade is one of the airiest building facades in all residential, office, and commercial buildings.

Usually, in a glass facade, Securite glass or reflex glass is used, which plays an essential role in providing light for the interior space. In addition to beauty, it provides the necessary light and heat due to the passage of light for the building. The glass facade may become cloudy over time due to the absorption of dirt and dust, so glass facade washing should be done every once in a while.

The use of this material in landscaping provides an integrated view of the outside view for the residents inside. It creates a feeling of lightness and elegance in the building from an urban observers’ perspective. 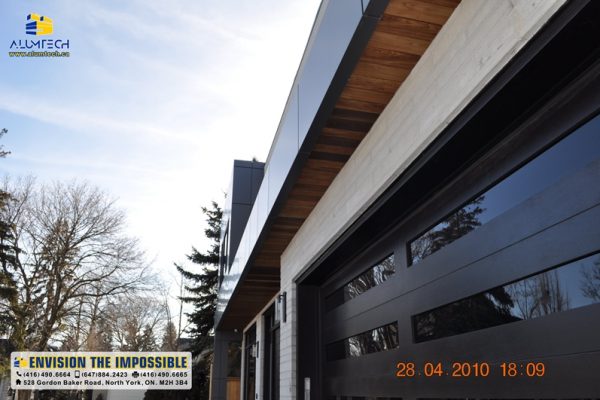 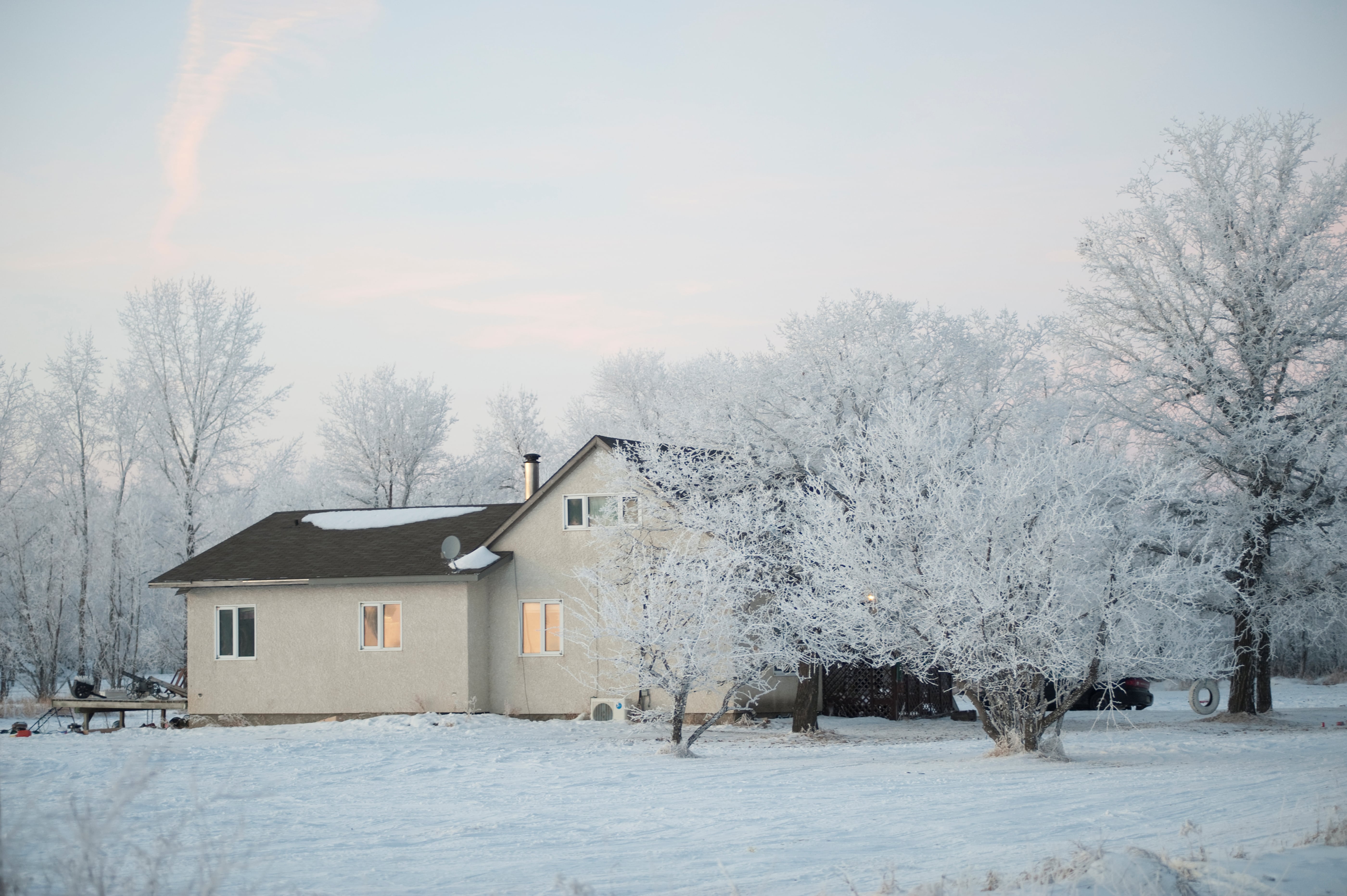 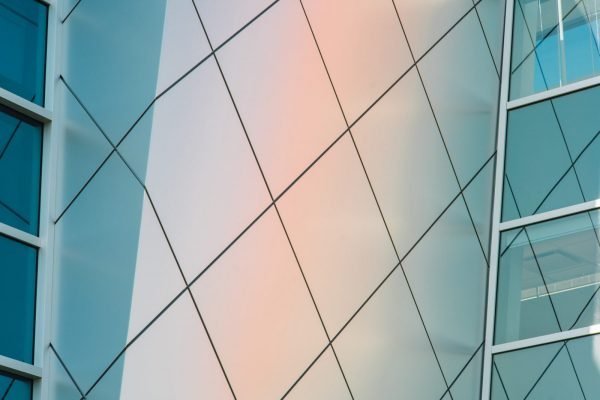